Not really but it is definitely one of those things where, for me at least, I kind of wish I didn’t put it out there. Whenever I tell people I’m trying to do X or Y I usually start doing that thing less. I’ve read about the potential causes of that before and it is something along the lines of like, telling people you’re working on accomplishing something is somewhat similar in your brain to accomplishing those things. So your brain releases a bit of serotonin or whatever and thinks, hey, I got the serotonin, that means I did it already.

Now, I haven’t stopped trying to further my game and knowledge of GML since I posted that, but I’ve been trying to not really do that these past couple years (tell people my shit). But here is a thing I have no problem telling: Last cigarette was 7/15/16 at 9:00AM-ish. That I am pretty proud of and feel pretty secure about telling people. SO THATS GOOD RIGHT?

Alright, how about gaemz. Blackwake seems pretty fuckin cool. Get to be a bloody wanker or a yohoho bottle o rum sumbitch. I’ve heard it compared to Guns of Icarus which I haven’t played but as I understand it is a steampunk airship game that is similar to this. In Blackwake you have ships, each having a crew of real players. The crew vote for their captains and can mutiny them to replace them with someone else. The game modes I have tried so far are Fleet and 2v2 Galleon. Fleet has 2 sloops and a galleon per team (sloops are small, galleons big) and 2v2 Galleon has, well, 2 Galleons on each side, who woulda thunk that shit.

Holy fucking shit do I hate little snot nose fuckin kids though. Every fuckin game with voice chat, let alone games that kind of rely on using voice chat effectively to succeed as a team, is filled to the goddamn brim with so many dumb fuckin kids trying to be memelords or some edgy fuckin B A S E D fucking loser. Ugh, they raise my blood pressure and it makes me angry. Anyways, fuck those fuckin kids and thank god for old calm people (like me?).

I guess I can kinda go into what I want my game to be a little bit. One of the things I really want it to be is a singleplayer D&D sort of experience. That may sound contradictory and I totally get that, but it is what I want to do nonetheless. I want to trick the player into thinking they know exactly what they’re getting into and then being surprised when it changes to something completely different. Why? I DONT FUCKIN KNOW. It seems cool, that’s why, I guess. I’m sure I’ll look back at some things and think “Hrrm, that seems wrong” and change it, but for now, I’m sticking to my big dumb crazy plan of aiming way too fucking high and taking it one step at a time.

If you downloaded it and gave it a whirl you’ve seen how fuckin doody it looks. The art is probably harder than the coding to be honest. Most would recommend to use placeholder art, which technically is what I am doing, but I also get carried away and actually try to make shit look right all the time. Anyways, I don’t remember how far you can even get in the thing in the last post. You’re supposed to play the dumb asteroid game and then when the time is up, it tallies your gold earned, you press spacebar to continue, and then the ship flies into the spacestation (yeah that is supposed to be a spacestation lol).

Once in the spacestation you start at the foot of your ship (the black thing if you can get that far in the thing I linked) as a really shitty looking placeholder character model with no animations for walking left right or up. You get an inventory that has the gold you just earned shootin space rocks and pleb ships and you’ll see you have some gear already equipped. I don’t think you can get this far in the exe in the last post and I guess that is probably good.

I made a chest that I can duplicate and put all over that picks between 4 loot options which are spacestation related. I made it so you can loot items from the chests and they go in your inventory. This shit is way harder than I’d ever imagined and I’m pretty sure once I get another 20 miles ahead I will look back and think, wtf was I doing, I should’ve done this this and this instead. But that is okay, I’m learning, you have to do things wrong to learn how to do them right sometimes.

My next obstacle is testing room persistence. Hopefully it works fine ez pz. The goal is to have each floor tile have a chance to spawn a fight (FF and Pokemon anyone?) which would change the room to a battle/fight room with turn based combat. If room persistence works then after the fight is over and it changes back to the previous room everything should be the way it was when you last left it. I just realized that I’m going to have to store some sort of player.x and player.y variables before the fight so that when it goes back to that room the player doesn’t spawn back at the foot of his ship. Which means making some sort of global battle variable that when it is 1 changes the players x and y coords to the snapshot of them before the battle started.

I used to really like accounting because “its like a puzzle”. That shit is the dumbest puzzle ever lol, this is the real puzzle. This shit makes me lay in bed unable to sleep because I can’t stop thinking about the shit I can think of making in a game. It feels great, but there never feels like there is enough time in the day to do as much as I want, whether that is playing games or learning to make them.

Anyways, suck a dick and shit, peace out honkies.

I’ve been fiddling around with GameMaker Studio a bit kind of recently. You can get it for free on Steam (there is a paid version as well, not sure what the differences are). I started out just fiddling with stuff, adding all the free stuff from the marketplace to my library (for whatever reason), but then I found this website. I started with the written tutorials and kind of made a little Asteroid like game.

I’ve since refined it a bunch, added health to the character that sticks below the model, a room timer, a “currency/score”, some pleb ships that sometimes spawn and try and circle you occasionally firing at you, and my favorite thing: a score screen at the end of the first level. I used this place to create a couple sounds which is pretty cool.

Anyways, it only took about 50 hours of fiddling and learning and I was able to create “a level” for a shitty asteroids game. It feels good, I enjoy figuring out how to get things to work. It can get taxing after working a whole day and then in my free time doing this, while this is way more enjoyable than my job and it is fun, it is still taxing on the soul.

Without further ado, here is a link to the install (.exe) of what I have currently in my dumb game if the one person who reads this wants to check it out. As of now the controls are: Arrow Keys, Spacebar to fire, Esc closes the game (if the player is on screen so wont work on score screen). 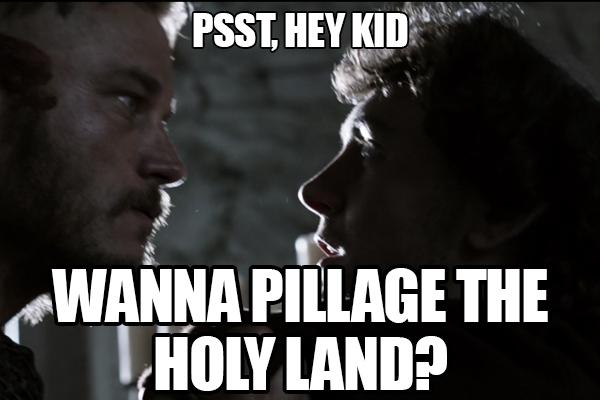